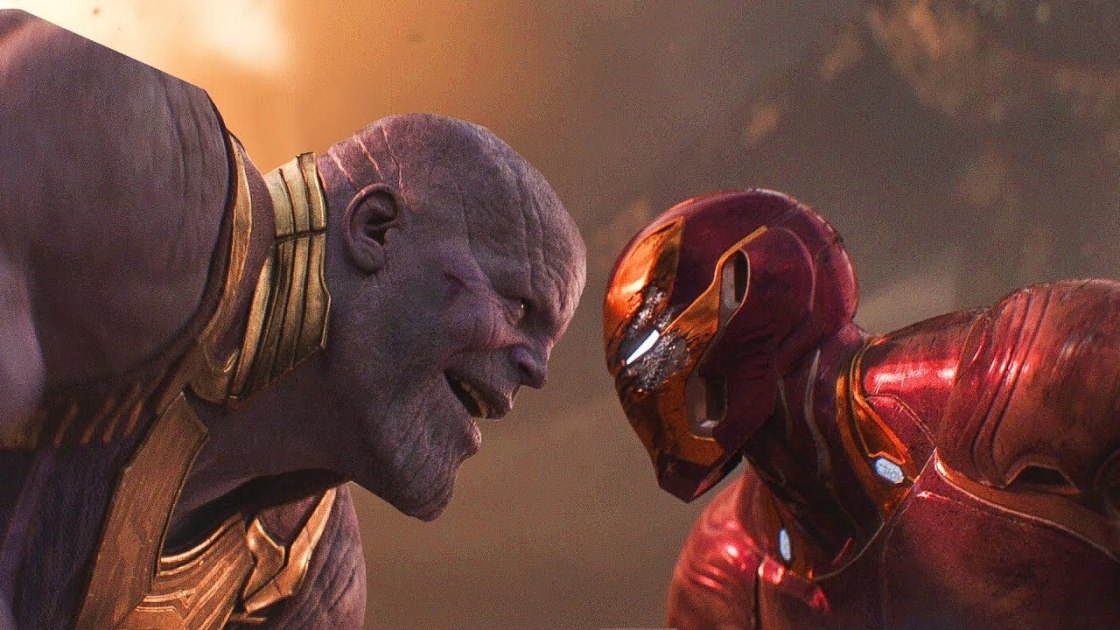 In many ways, Tony Stark and The Mad Titan Thanos are very similar people. However, in many other more significant ways they are fundamentally different. There was a popular meme that circulated that posed the question of six children and three chairs. Many famously said that Thanos would rather kill three of them while Tony would build three more. While it’s certainly meant to be more humorous than anything else, this also perfectly demonstrates the crucial disparity between Tony and Thanos. Regardless of their similarities, they will always be marked by one stark contrast, pun intended.

The battle between Tony and Thanos is one of the few solo battles any avenger gets with the mad titan. Its purpose is instrumental to the overarching character progression of Tony and the overall tone of the film. Infinity War is very much about Thanos rather than the Avengers. The story is about his journey, to achieve what he believes is a perfect balance. Throughout the film, the audience is constantly reminded through his misadventures that behind almost every villain is a person who truly believes they’re right. Recall that once confronted about his heinous actions by his daughter Gamora, Thanos claims he’s the “only one that knows” that the resources of the world are finite.

The battle between Tony and Thanos is as much about brains as it is about brawn. The power of Tony’s sheer intellect has surmounted itself into his nanotech, armor that can literally morph itself into anything he desires. Thanos’ infinity gauntlet is the epitome of his endeavors he spent who knows how long meticulously planning. It’s abundantly clear both of these men are intelligent. Thanos himself claims that they’re both “cursed with knowledge.”

While the audience has been aware of the underlying similarities between the Mad Titan and the Ironman this is the first time we’ve been made overwhelmingly aware of it. From this, its clear Thanos considers Tony and equal in some respects. Tony refuses to accept their similarities and in his usual snarky fashion responds to Thanos with, “my only curse is you.” Then, the fight ensues.

The fight itself is rather short, at only a minute and a half long. However, much is shown in that battle that adds to both characters. Tony was the first Avenger to make Thanos bleed, a feat that is made much grander once you realize the Russo Brothers have gone on record to say that Thanos has invincible skin. This truly shows the extent of Tony Stark’s power and intellect and, on the other hand, how even at his most powerful, Tony still couldn’t win. Even so, Thanos is impressed if not a bit patronizing. When he tells Tony that he has his respect it almost sounds completely genuine. This line also serves as a reinforcement of the duality between the two.

The battle between Tony Stark and Thanos is one of the most important of the MCU. It’s defining, climactic and most of all, entertaining. These are two larger than life characters bought together by what seems like fate finally meeting face to face. It’s as grandiose as it sounds, and a true spectacle. If only it didn’t end so bitterly.