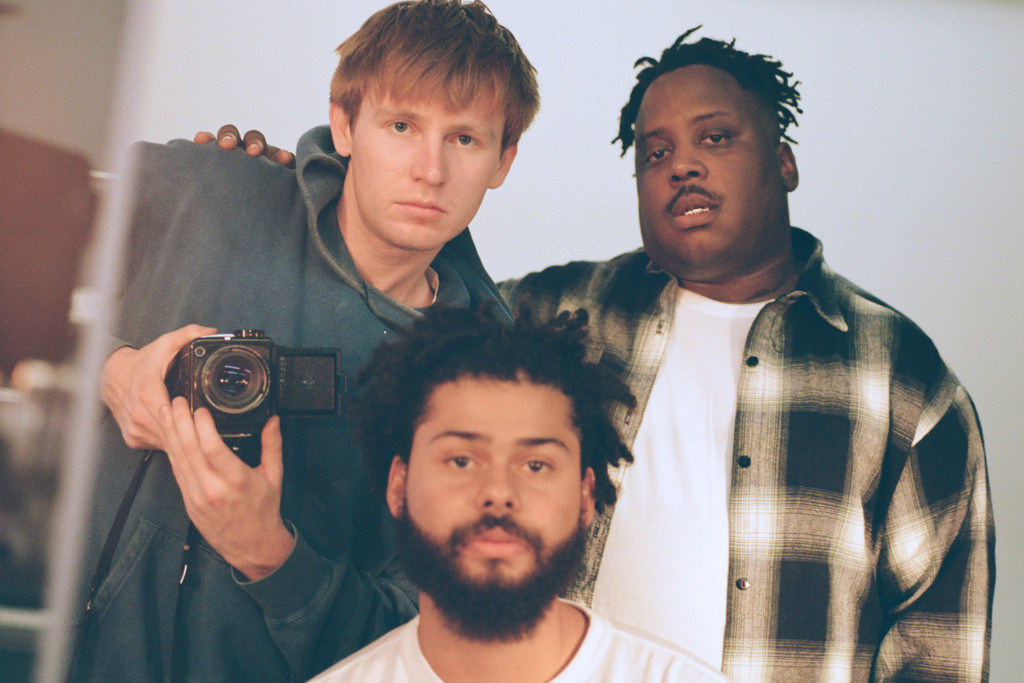 The night was cold and the wind was howling. My friend and I were anxiously waiting to see, alternative hip-hop trio, Injury Reserve perform what they had called a “special engagement.” The show was only five dollars and on a first come first serve basis. Injury Reserve is infamous for hosting shows with a minimal price tag. Last year they played a show at the constellation room in Santa Ana with fellow rapper JPEG Mafia for free. Inclusivity is their trade-mark. I was told by my friend that their shows always showcase something different and he was certain this one was no exception.

One quick look at their Instagram confirmed his suspicions further. A video they posted a few days prior showcased a technologically detailed light show setup. The caption for the video simply read, “LTBL” which we knew, of course, stood for “let there be light.” The iconic tagline for the ultimately daunting show. At this point, we were ecstatic and couldn’t wait to see what the guys had dreamed up.

We ended up sitting in line for about an hour but there were some interesting moments of entertainment mixed in. A few guys who called themselves “Injury Reserve TV” came over and interviewed several people waiting in line, one of those people being my friend. I have to admit the guys had a lot of charisma and were pretty hilarious. We also caught Ritchie with a T checking out the line with his girlfriend. I was quite surprised by how respectful everyone was about seeing him in public. Only a few people called out to him and even then, nobody flooded him for pictures or autographs, even when he was walking around the venue itself, it was the same deal. That was my first big takeaway from that night.

At around 8 the line was moving. As we stepped in we were given special glasses with the injury reserve tag and the date on them.

I was confused as to what their purpose was until we walked onto the main hall where the stage was. On it, we saw a vast array of lights just like the ones from their video on Instagram. My friend and I exchanged goofy smiles because we could already tell we were in for a treat.

The concert wouldn’t start for another hour or so. So we took the time to grab our merch and talk to a few people. Among the people I met was the incredibly talented musician Christian Akridge, better known by his stage name; Christian Leave. He was in the stands also waiting for the show to start and when I recognized him I was at a loss for words. His warm friendliness, however, was enough to get me out of star-struck state and we had a pleasant conversation about bidets. Here’s hoping I get an interview with him soon.

The concert began at around nine o clock and it started off with a bang. I remember the room suddenly filling with a heavy smoke the stage barely illuminated. Then all at once, Ritchie, Parker, and Stepa came up on stage. The crowd roared and before I could join in the lights suddenly flashed on. Even with the glasses on my eyes were still watering but watching Ritchie’s silhouette irradiated by the powerful white lights was a sight to behold.

I don’t recall the first song they played, to be honest. Most of the setlist eludes me. I was way too doped up on adrenaline to remember everything. All I remember is the moshpits starting almost immediately. Everybody in unison was jumping, screaming, singing along, and just overall having a great time. It was pure chaos but the best kind, in my opinion. That by far was the most fun I’d had at a concert. It reached its peak when the gang performed their most recent single “Jailbreak the Tesla” which is the first time they’ve performed it live, I might add.

Nobody wasn’t moving for this one, we were able to make the 275 max occupancy building shake. A feat I think everyone who attended should be proud of. This is also the song where my glasses were knocked off, stepped on, and then promptly broken. However, I was able to fix them albeit with great difficulty. Never try to perform plastic eyewear surgery in the middle of a heated crowd, it’s a stupid idea.

Now that’s not to say the whole show was high tension. About halfway through the performance, the group played two of their more downtempo songs “North Pole” and “ttktv.” It was nice to get a short break after moshing for a good 30 minutes straight. However, this solace only lasted a few minutes and before I knew it we were back to the former. Once again I don’t remember much. However, I do remember seeing dad_reacts in the crowd who was also moshing.

The concert ended around 10 but the crowd wasn’t finished and screamed for an encore and, of course, Injury Reserve delivered. They played “Jailbreak the Tesla” again, however this time with a twist. Like last time the crowd was still just as chaotic but no one expected what would happen next. Fellow rapper Aminé showed up unannounced to perform his verse from “Jailbreak the Tesla” and the crowd went wild. It’s incredibly difficult to adequately describe the anarchy that filled the room. People screaming, laughing, sweating, it was an experience. Then, just as quickly as it began, it was over.

After the show ended, Injury Reserve went to the merch booth and took the time to sign peoples shirts and take pictures with their fans. They were really genuine guys and I made sure to thank them for an amazing concert. They actually told me they wanted to make the concert free, but the venue was too expensive, so they settled for five. That was the second biggest takeaway from that night and something I don’t think I will ever forget. Never before have I been to a concert that was so personal. Injury Reserve, these guys really just love their art and care about the people who listen to them. They are people who are dedicated to giving people experiences. Moments in time they won’t forget. I patiently await their upcoming self-titled album, but for now, we’ll just have to stay in the dark until they show us the light.