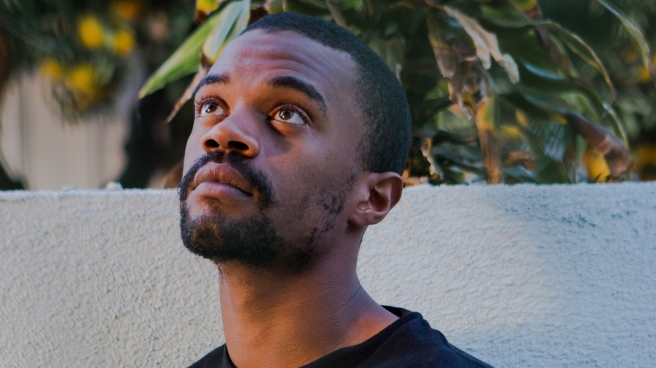 An alarming story has been developing in light of a string of allegations that were levied at, founding BROCKHAMPTON member, Ameer Vann. I’ve been looking over the information and today I’m going to be giving my two cents on the matter. First, the context.

Since May 12th a number of accusations have been made against Ameer Vann for being “emotionally manipulative and mentally abusive.” On the same day following the allegations, Vann addressed claims in a tweet,

“although my behavior has been selfish, childish, and unkind, I have never criminally harmed anyone or disrespected their boundaries.”

“I’ve been in relationships where I’ve fucked up and disrespected my partners. I’ve cheated and been dismissive to my exes. Throughout the past 3 years I’ve been working hard to reflect on myself and seek out help. It continues to be a learning process every day.”

In the week following the allegations, Kevin Abstract, the group leader, came out in an Instagram Live and announced the delay of their forthcoming studio album, Puppy. Speaking about the assertions specifically Kevin had this to say,

“I’ve never seen Ameer hurt anyone. And I also want people to know that we hold each other accountable for anything, any mistake.”

After another week of deliberation, on May 27th, 2018 Vann was officially kicked out of BROCKHAMPTON. An official statement made by the band on twitter read,

“We want to sincerely apologize to the victims affected by Ameer’s actions. We were lied to, and we’re sorry for not speaking up sooner. We do not tolerate abuse of any kind. This is not a solution to their suffering, but we hope this is a step in the right direction.”

After all of that. This was the decision the group finally came to, and its one I don’t really agree with.

I believe every woman is entitled to share their story of abuse and should never be silenced for fear of public humiliation. However, I also believe anyone accused of criminal acts of this nature is innocent until proven guilty. As of late, I feel as if we’ve forgotten that and that we constantly jump to conclusions without first thinking about the bigger picture. Well, I’ve been mulling over all the available information for the past few days and here’s the conclusion I’ve come to.

While it is entirely true that the way Vann treated his ex-partners was incredibly callous and malevolent I do not believe it constitutes the total destruction of his career. As far as I know, the women involved did not accuse Vann of anything overtly illegal. (NOTE: he was accused of engaging in sexual relations with a minor, it seems that either angle was dropped or is no longer important to the media.) The choice to ouster Vann made by the members of BROCKHAMPTON, to me, was very hasty and is likely the end of the California-based group as we know it.

While Kevin Abstract may be the leader of the all-American ensemble Ameer Vann was the true face of the group. He appeared on all the covers of their SATURATION trilogy, was featured very prominently in music videos and promotional material, and was easily the best rapper of the group. Out of 40 songs not including the skits in the SATURATION chronology he was featured 31 times. It’s safe to say that, whether we like it or not, BROCKHAMPTON is losing an integral member of their group.

It’s heartbreaking to see the rise and fall of a talented artist come to fruition. I’ve been a fan of the self-professed all-American boyband since the inception of their first studio album and now it seems I have to lament the end of them. While the inevitability of their eventual downfall was never lost on me it, nonetheless, is still disquieting that it was induced so prematurely. I can’t even imagine how the boyband feels about this travesty.

While fans like me are simply seeing the death of a great artist the boys at BROCKHAMPTON are losing something much greater. A lifelong friend. I suppose all that glitters is simply not gold.